The scene of the robins’ nest has changed considerably since the previous post. Instead of four beautiful blue eggs there are now two nestlings – we have no idea what happened to the other two eggs. Now the adults are kept busy looking for insects and worms. 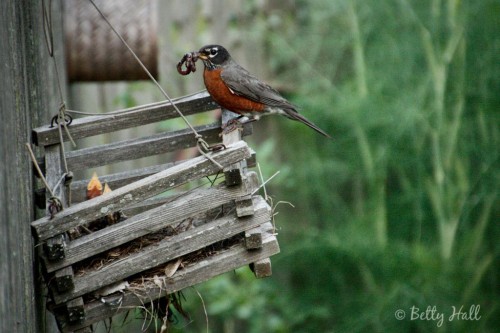 In the beginning there was not much movement in the nest, and the babies apparently spent most of their time sleeping. However, when a parent arrived with food they were instantly awake with mouths wide open. 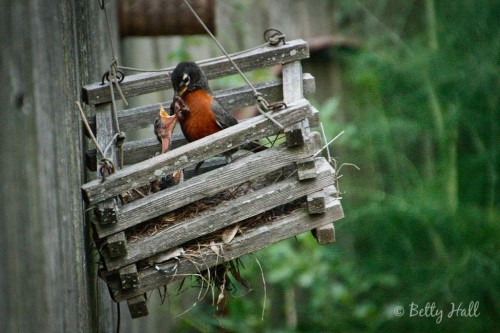 We pass by the nest frequently and the parents do not seem to see us as a threat. I’ve tried to keep my distance when using the camera, but they don’t seem to mind my taking a close-up now and then. 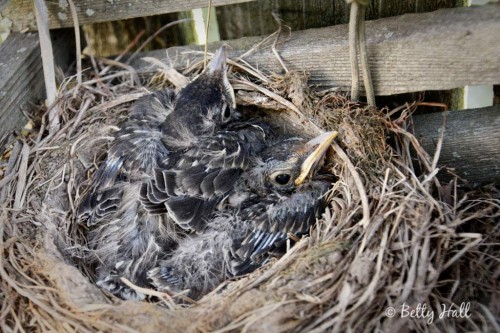 It’s amazing how quickly the youngsters have grown. This photo shows the change after only three more days. 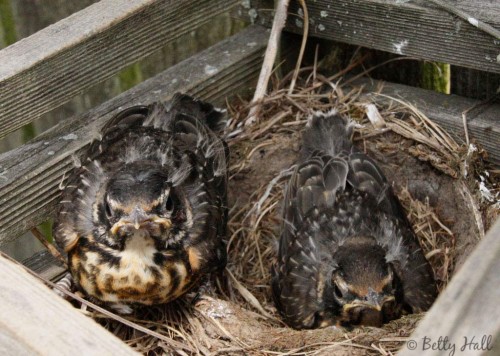 The young birds are much more active now, and I’m guessing it won’t be long until they leave the nest. They’ve been great fun to watch, and I feel fortunate to have been able to observe their progress so close at hand.