The morning after my “Baby robins” post I saw the young birds, but by afternoon the nest was empty. I was surprised at how much I missed them and wondered if something had gone wrong. However, in a few days a young robin that would have been about the right age appeared in the backyard. It was frequently begging for food and being fed by an adult male. 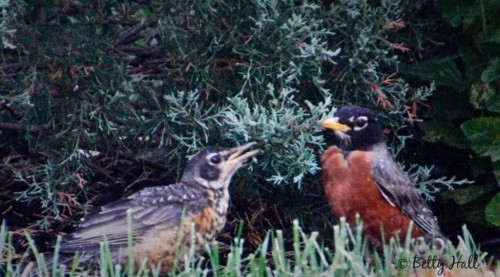 It’s been fun watching the interaction between the two. “Dad” gradually distanced himself from the “I’m hungry and want food now” cheeps and let the young robin begin to fend for itself. We frequently see the young one in the backyard. It’s now finding its own food, has grown considerably, and is no longer a “baby robin.” 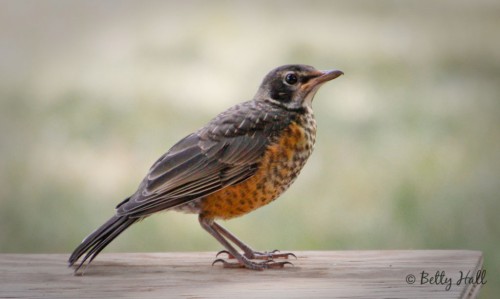 Is this the robin that began its life in our wooden planter? A female robin is busily gathering material for a new nest high in the silver maple tree (Acer saccharinum). Is she the same mother starting another brood? We’ll never know, but in both cases I like to think so.

6 thoughts on “A teenage robin?”