Our Cecropia story began in 2012 when an injured moth laid eggs. Caterpillars from those eggs overwintered as cocoons, and emerged as moths last spring. One of those moths mated and laid eggs. The caterpillars grew and made cocoons that I left outside all winter. I was delighted to recently discover that this third generation moth had emerged. 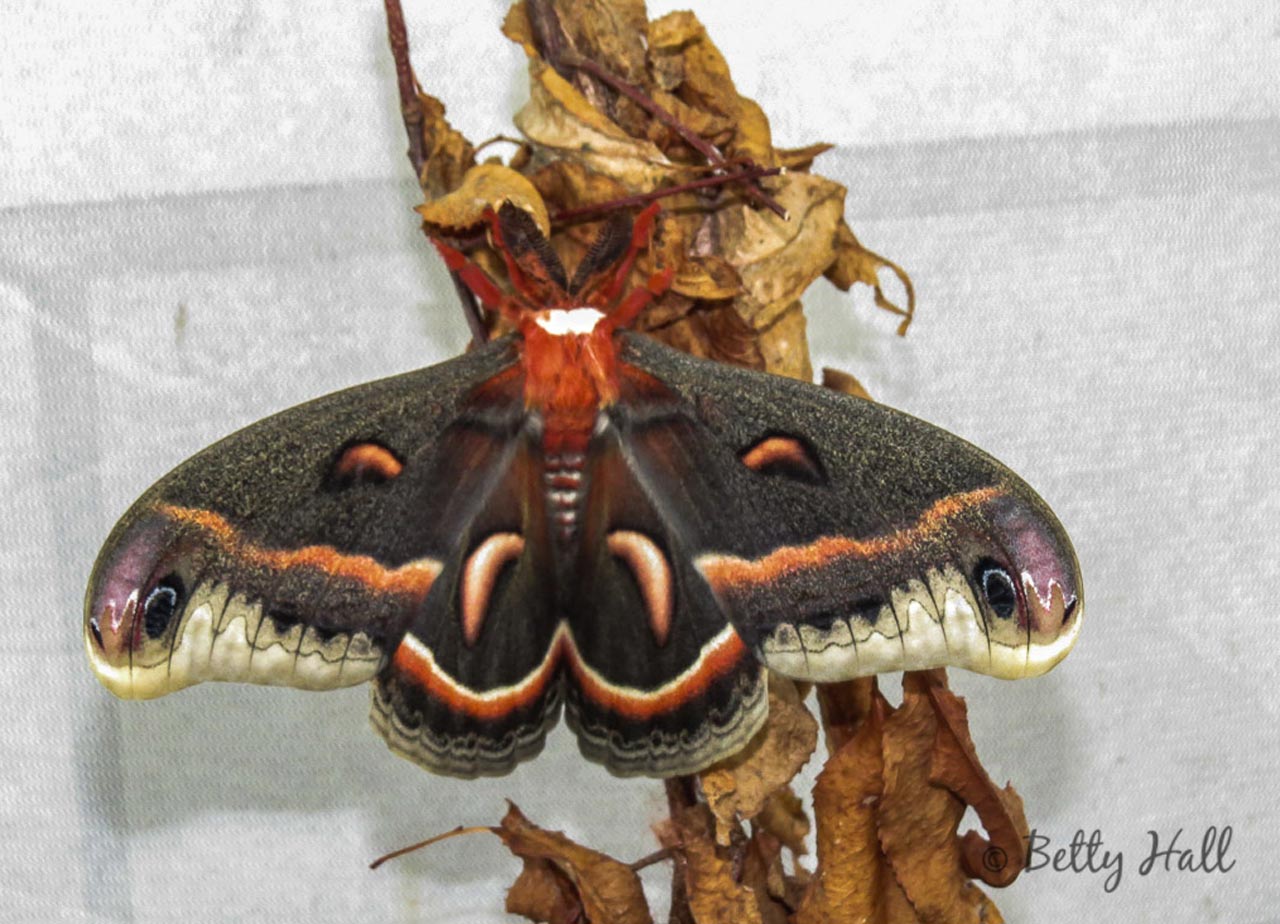 The Cecropia (Hyalophora cecropia) is our largest North American moth. It amazes me that they have no mouth parts and do not eat during their short life of about two weeks. An earlier blog post includes more photos and a video of their life cycle.

I’m in awe of their colors and design. A view of the underside gives a better view of the feathery antenna and colorful abdomen. As the moth continued to pump fluid into its wings, the abdomen became considerably smaller. 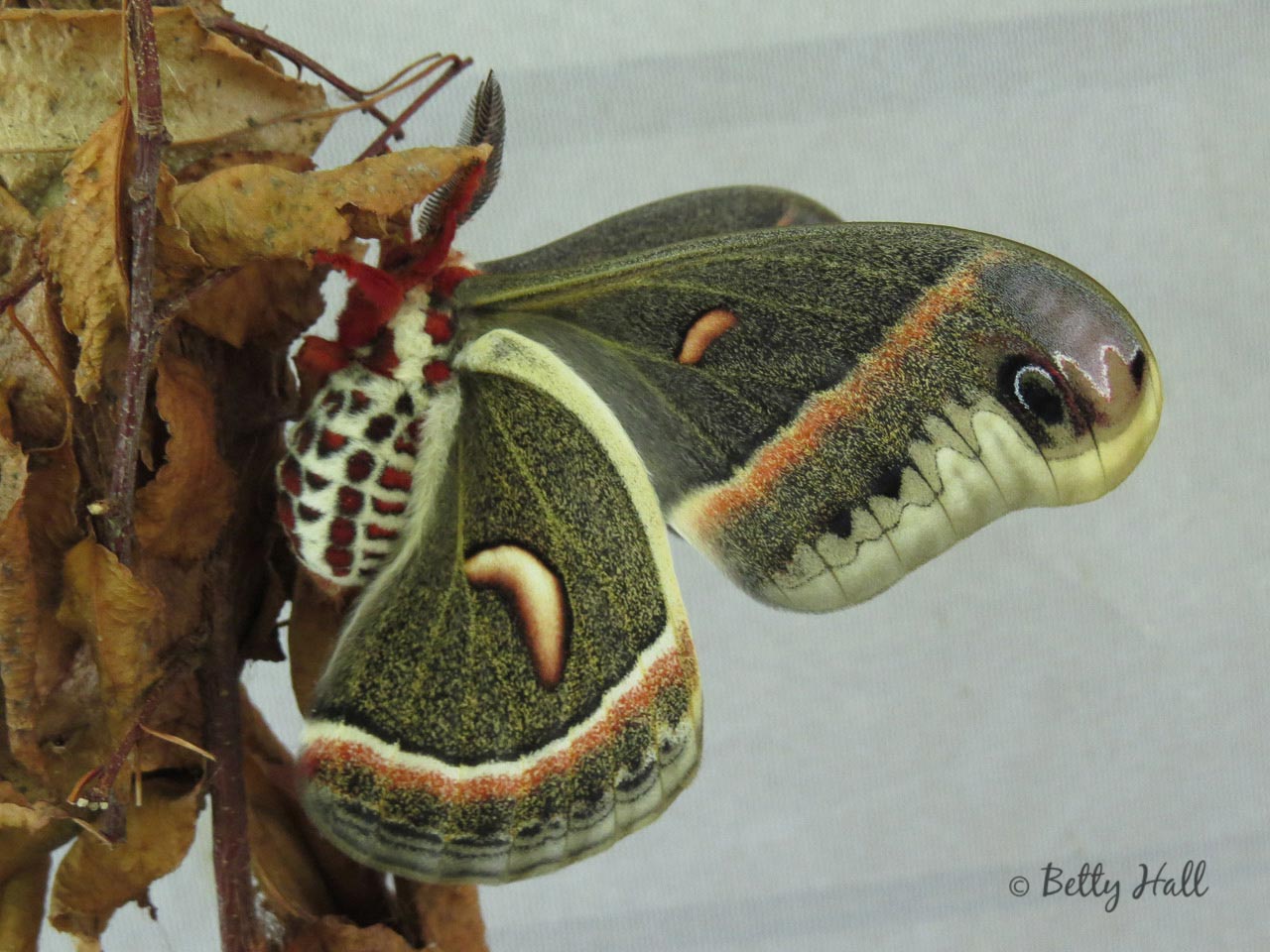 Last summer I gave about 70 small cecropia caterpillars to folks who were interested in raising them. I’m hoping many of these people also get to see moths emerge and appreciate their beauty up close.