My friend, Amanda Cawby, noticed something unusual in the road one night. Not sure what it was but afraid it would be run over, she stopped to pick it up. To her surprise, it was a Cecropia moth (Hyalophora cecropia), another of our large silkworm moths. Cecropicas typically have a wingspan of 4-6 inches. 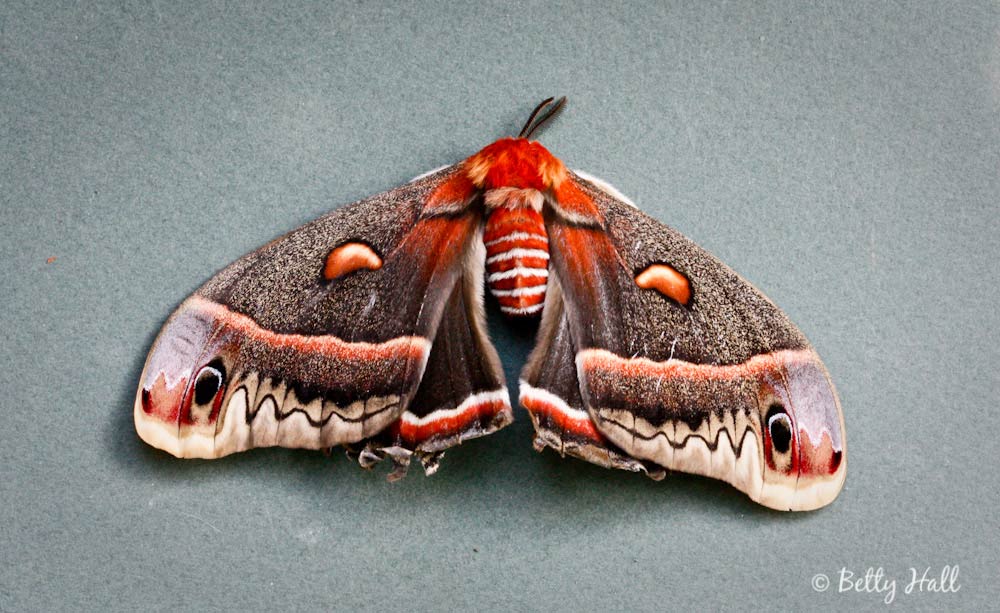 The moth was barely alive and died soon after Amanda put it in a cigar box. She brought it to me and we noticed that before it died it had laid several eggs, each about 1/8″ in diameter. 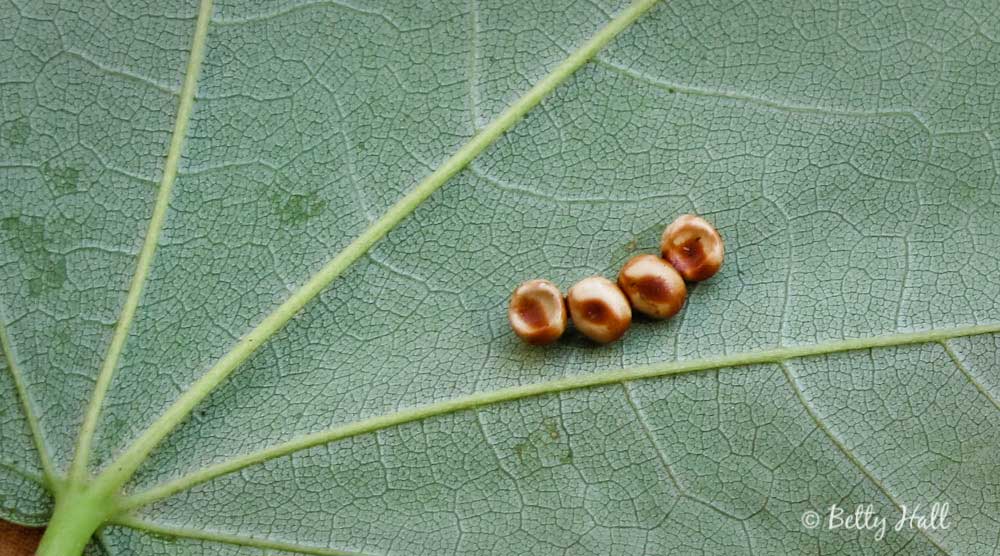 We were doubtful the eggs would hatch. However, I placed them on red maple (Acer rubrum) leaves. About a week later I was delighted to find small black specks on the leaves. This is how they appeared at one week old. 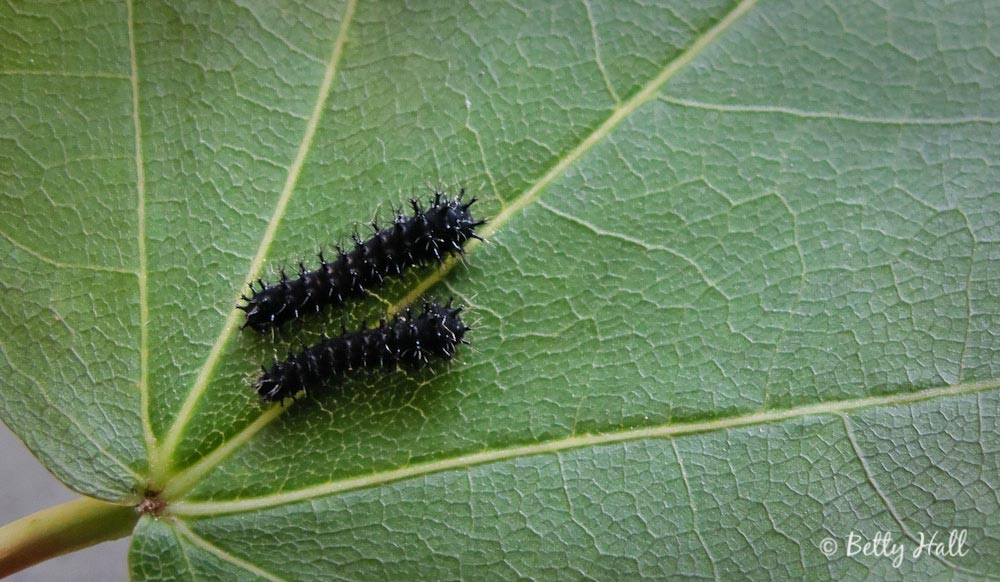 The seven caterpillars are eating and growing rapidly. At five weeks, they are two inches long and quite a work of art. 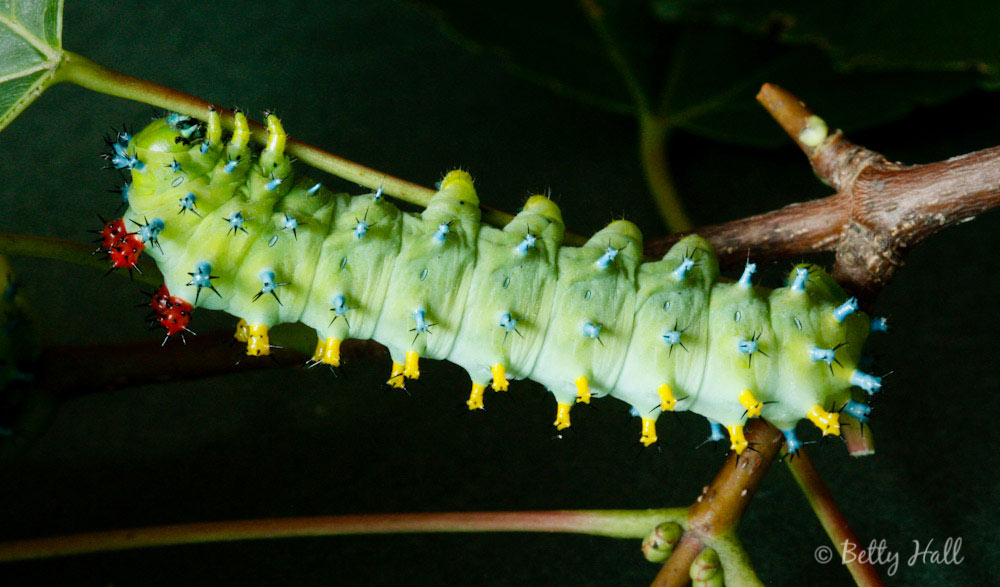 If all goes well, they will grow to four inches long before spinning a cocoon where they’ll spend the winter. It’s truly fascinating to watch them.

23 thoughts on “Cecropia moth and caterpillars”