Last summer I enjoyed raising six Cecropia moth caterpillars (Hyalophora cecropia) from eggs. In late July, the caterpillars spun large cocoons incorporating the red maple leaves they had been feeding on as caterpillars. 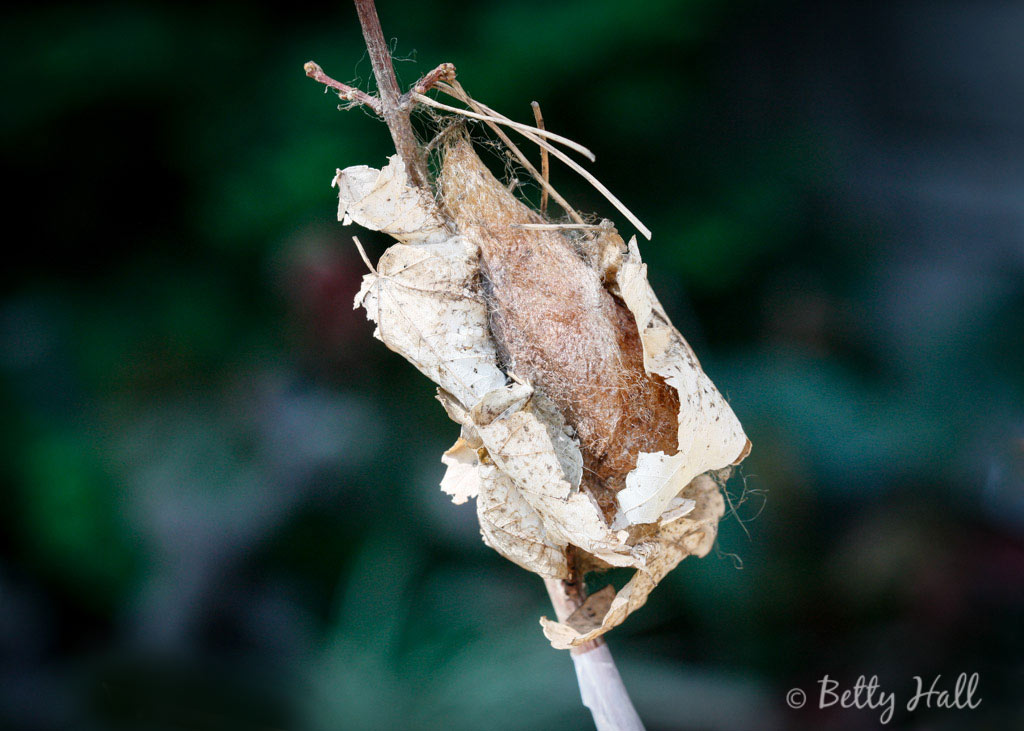 I left the cocoons outdoors all winter, hoping the adult moths would eventually emerge – and they did! This was the first one, and its wings were still too soft for it to fly. Harry is holding the beautiful moth which is resting on its empty cocoon. It was an exciting moment. 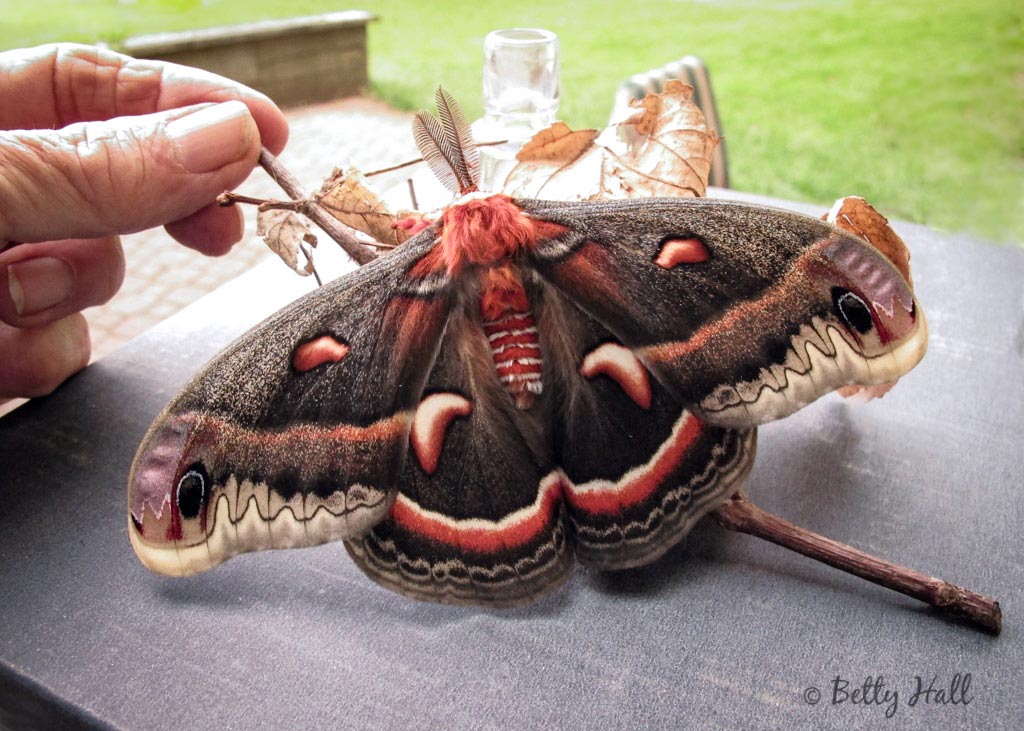 However, there was even more excitement to come. The second moth had a larger abdomen and less feathering of its antennae. I suspected it was a female and put it in a separate cage. The next morning I was thrilled to see that a male moth had found her and they were mating. 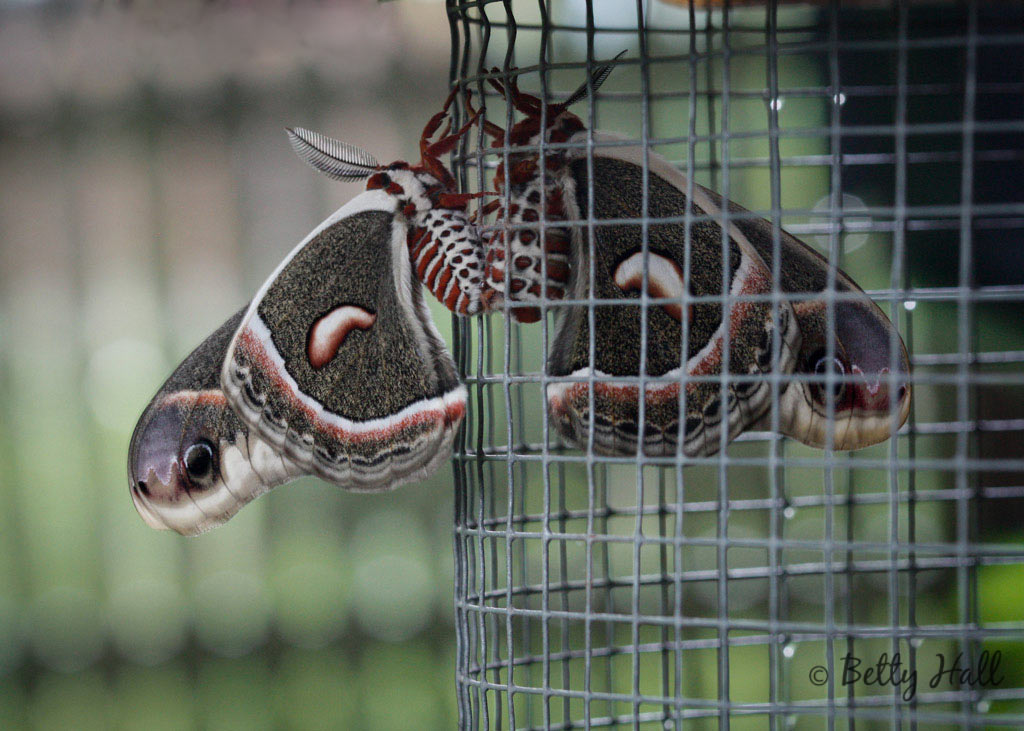 They stayed together all day and by the next morning she was laying lots of tiny eggs. Will they become caterpillars? Only time will tell. It’s been a thrilling experience to observe and release moths from all six of last year’s cocoons, and I would love to repeat the cycle.