My cecropia moth experience continues. In May, I reported on the emergence of the third generation of cecropia moths (Hyalophora cecropia). My three moths were all males. However, my friend, Susan had both male and female moths, and an additional male flew from the outside into her open cage to mate with one of the females. 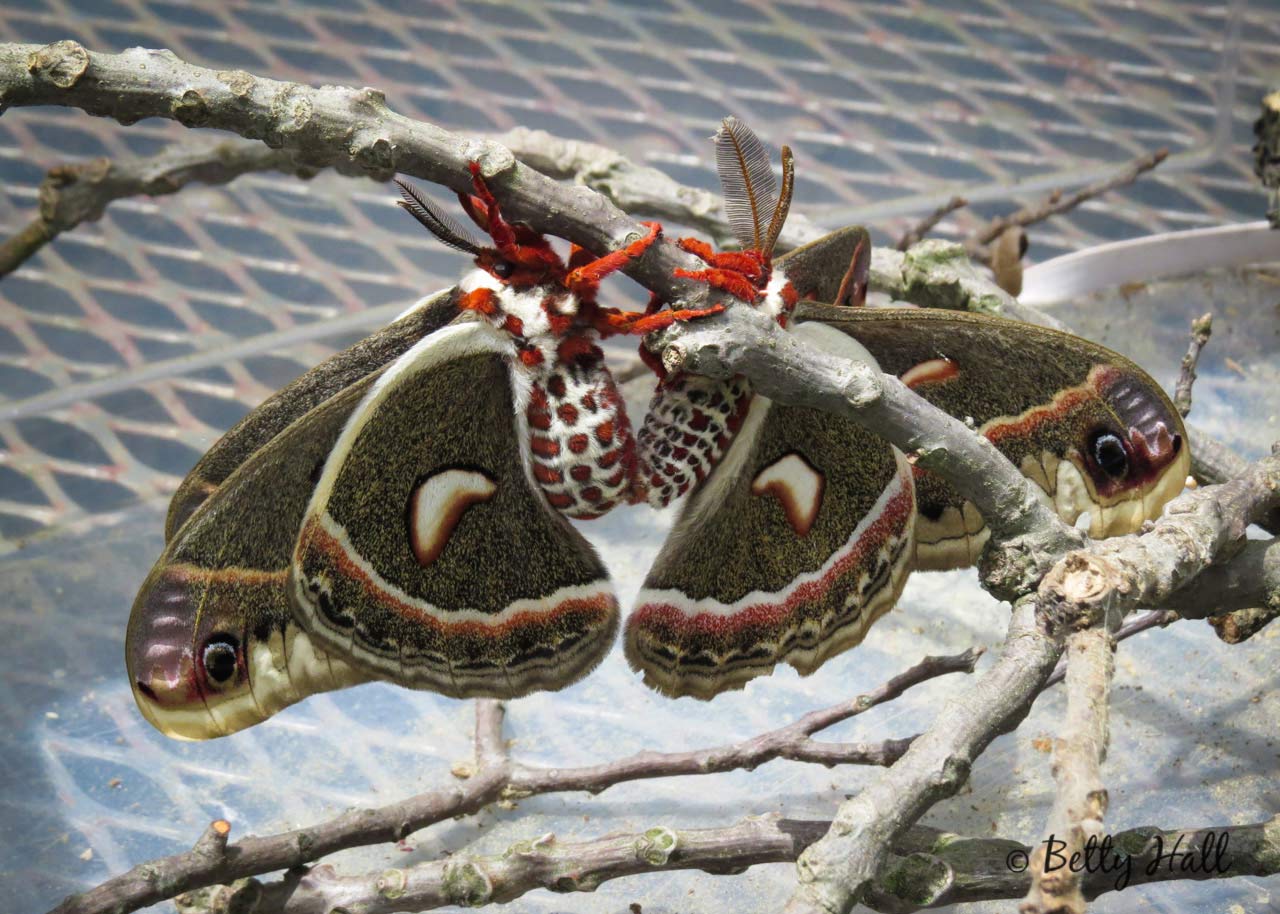 Susan called to tell me of the happenings and invited me to see for myself. This was the scene when I arrived. The female is on the left with a noticably larger abdomen. Note the large antennae of the male on the right which enables him to smell a female as far as two miles away!

The female proceeded to lay eggs which Susan gave me. About a week later, teeny caterpillars began to emerge, and I now have several caterpillars I’d be glad to share.  Most of them are on wild cherry leaves which seems to be their preference. However, a few are feeding on red maple leaves.

This life cycle collage from my 2012 experience gives some idea of their development from small caterpillars to adult moths. We hope the next generation of adults will emerge next May or June. 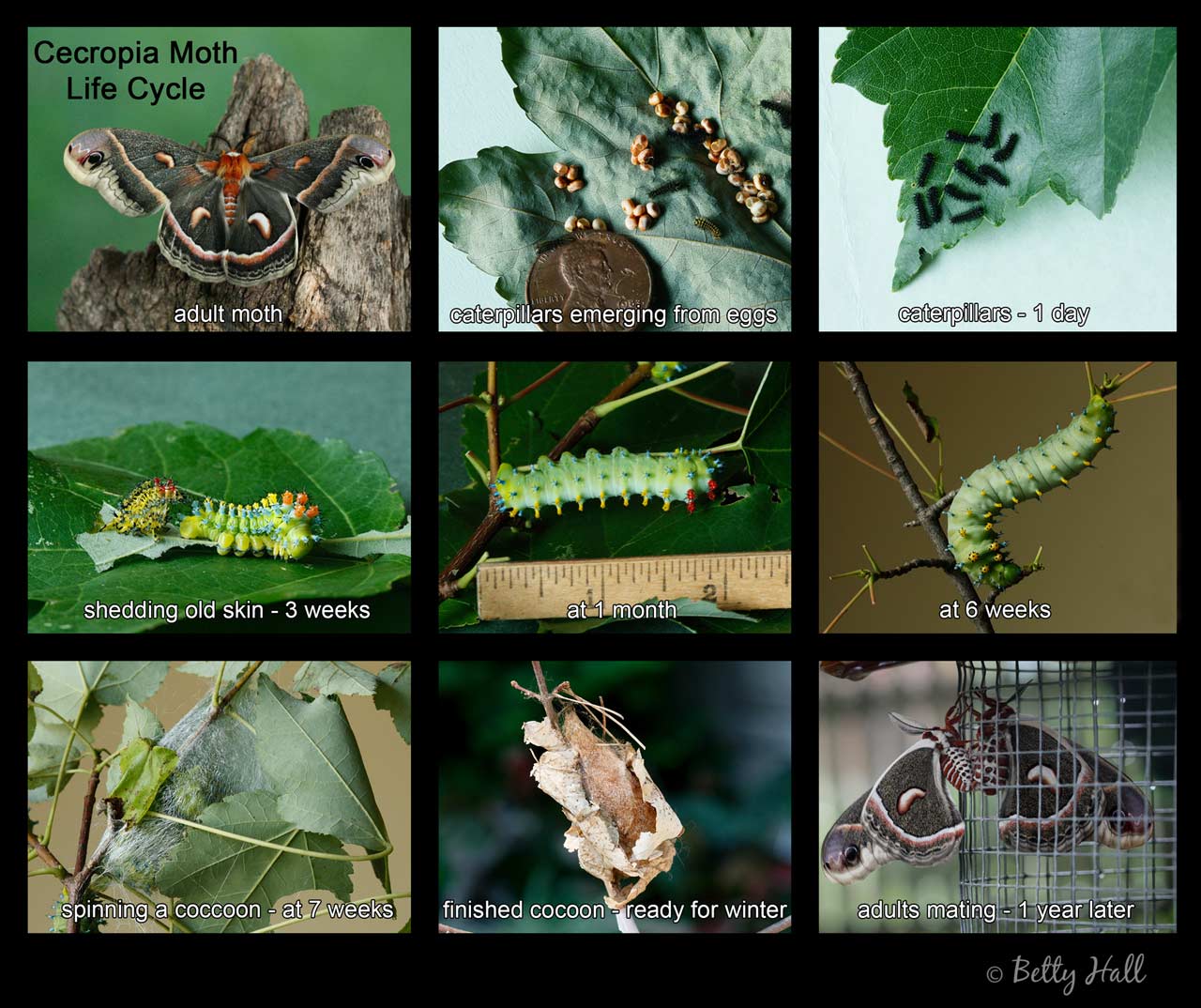 I plan to raise a few caterpillars, and hope to find homes for many of the others. Several folks that took caterpillars last summer have reported the experience as satisfying and enjoyable, and “An amazing experience!” I totally agree.