I had fun raising an Imperial Moth (Eacles imperialis) caterpillar last summer. In September, it stopped eating and disappeared into a large pot of dirt at the back of our house. I’ve been watching it all summer, and was thrilled recently to discover this newly emerged moth. 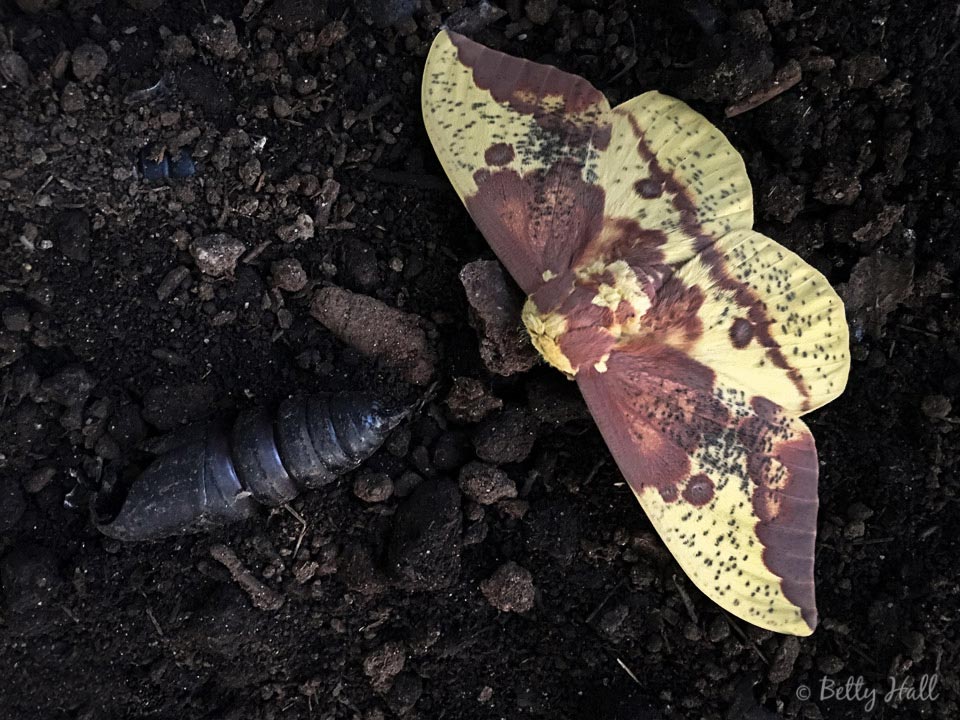 The contrasting brown and yellow markings indicate this is a male. Females appear more yellow, with lighter brown markings. The black object in front of the moth is the hollow pupal case from which it emerged.

I find the whole process amazing. A caterpillar emerged from a tiny egg, ate pine needles and grew to 4 inches. One day it quit eating, went underground, and pupated for the winter. Eleven moths later, it emerged as a beautiful moth. What a story!