My friend, Spencer, gave me an Imperial moth caterpillar (Eacles imperialis). At about two weeks, it reminded me of a little black dragon. 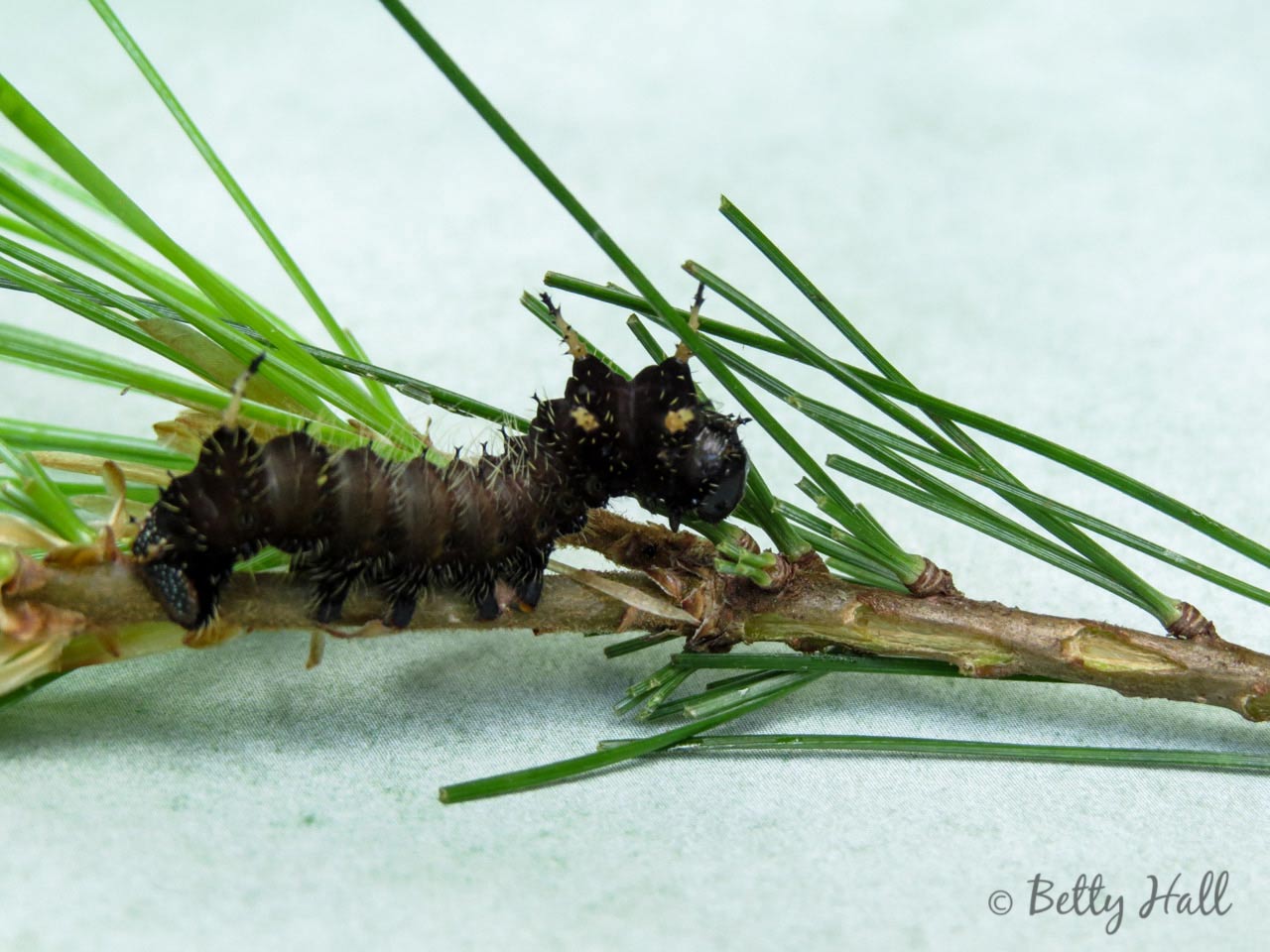 At about six weeks, it looked very different, was about four inches long, and almost ready to go underground to make a pupa.

Although these caterpillars can feed on a number of trees, including oak and maple, this one ate white pine needles. I was especially intrigued by the way it ate. It did a beautiful back bend as it worked its way to the end of each needle, then proceeded to eat as though it had a yummy licorice stick until there was only a stub. 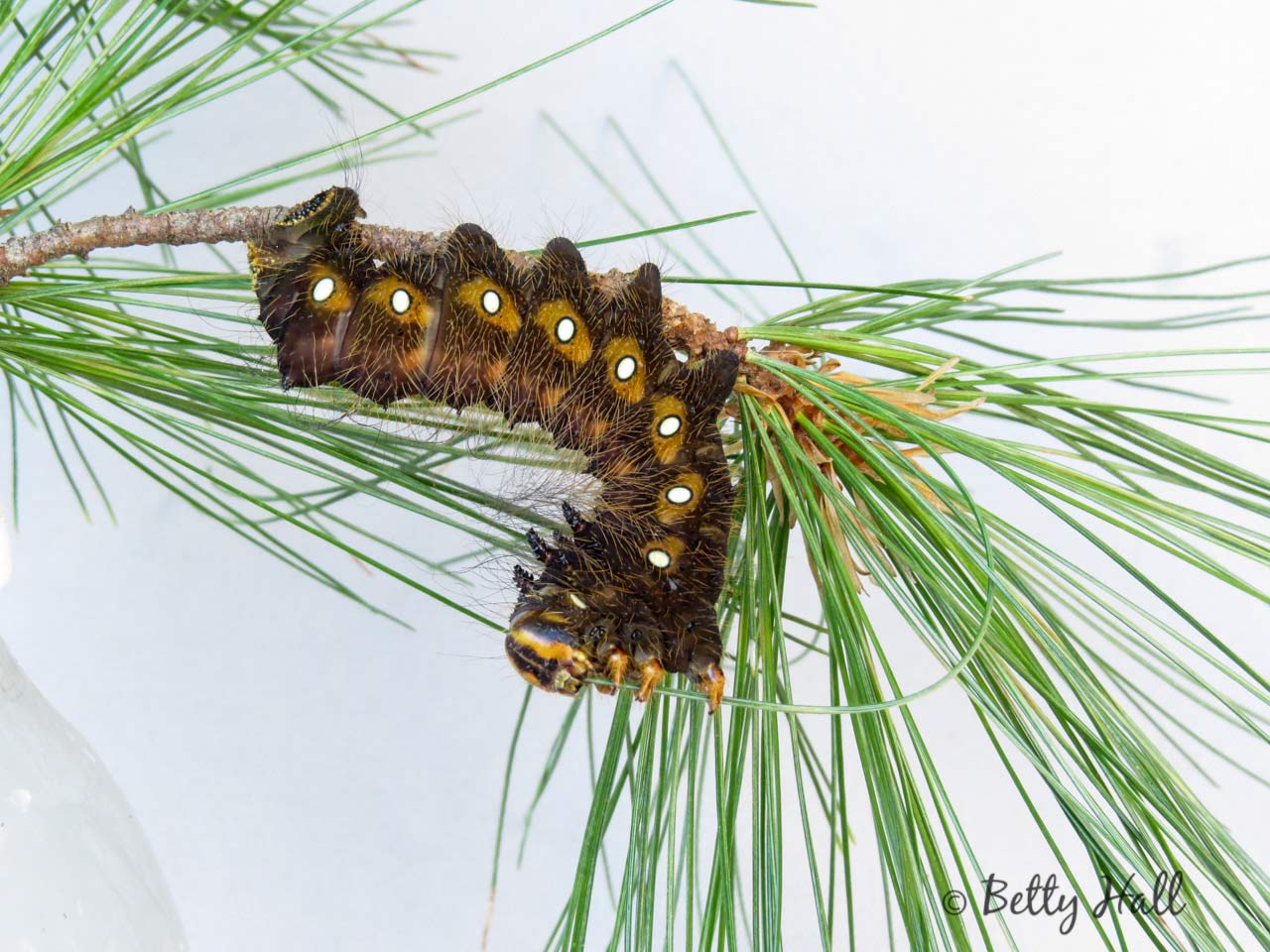 I’m now hoping a beautiful 4-6 inch Imperial moth, similar to the one below, will appear next summer.

I’m struck by the contrast between the caterpillar and the moth it will become — yet another example of nature’s many surprises.