Several years ago my mother told me she had planted a new shrub on the farm where I grew up in Missouri. She called it a wahoo, and said she wished I could see it in October. Wahoo? I assumed that must be a local Ozark name. When I finally saw it in the fall, I understood why she enjoyed it so much. 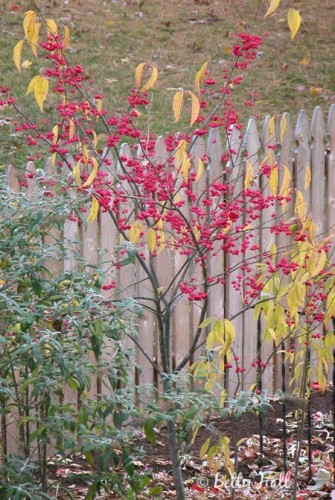 I saw the shrub again while hiking in Kentucky. After some research I found it was indeed a wahoo (Euonymus atropurpureus) and that it is native to both Missouri and Kentucky. This one in the backyard is an offspring of mother’s plant.

Throughout the summer it is an attractive tree-like shrub that calls no attention to itself. Then in autumn the leaves turn yellow and begin to drop, and the pods turn a bright pink and begin to stand out. 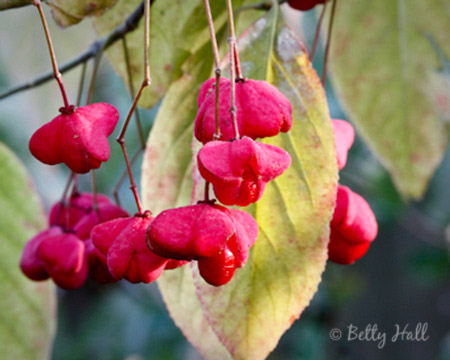 As the pods age, they open and bright red seeds appear. It’s another of nature’s wonders and I look forward to the show each autumn.