Please note I’ve changed the format of the blog emails. They now include just the introduction to each post. Click the link at the bottom of the email to see the full post.

This is a follow-up to last week’s post about these amazing ice crystals. We’ve now had six days with low temperatures below freezing, and each morning there have been more frost flowers on the two Dittany plants (Cunila origanoides). 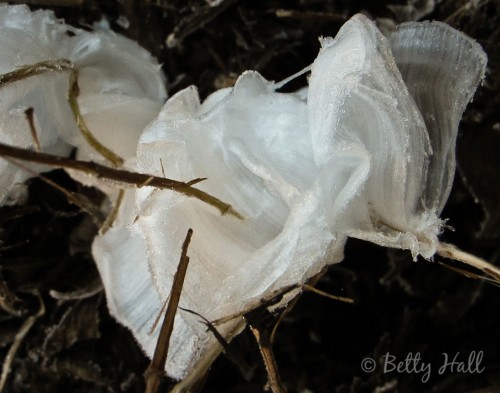 Each “flower” has been quite different and I’ve had great fun photographing them from different angles and in different light. However, once the sun reaches them they soon begin to melt. 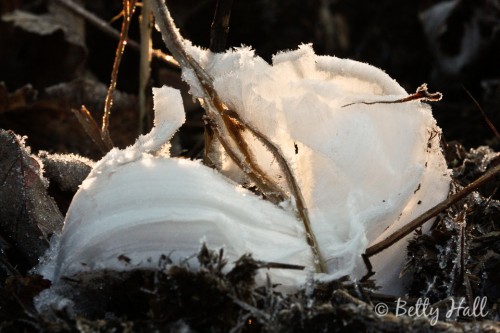 I’m amazed to know the roots had enough moisture to create these ice crystals for six days. On day five they were smaller, and I thought perhaps the show was over. However, on day six, after a low of 25 degrees, there were two new creations, including this one. 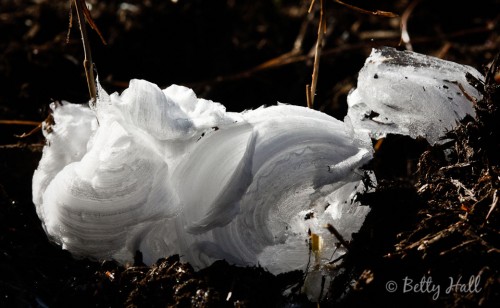 Some local  folks who live in the country are frequently seeing frost flowers. I get the idea that most of those ice crystals are on the larger plants mentioned in last week’s post rather than Dittany, however I’m not sure.

I appreciate the response to last week’s post. Among other things, I’ve learned that Dittany is a medicinal and culinary herb. If you’re interested in planting it, two possible sources are Shooting Star Nursery (in Kentucky) and Missouri Wildflowers Nursery.