In my latest caterpillar adventure, I raised a “hickory horned devil.” The name is enough to get most folks’ attention. Mine fed on sweet gum leaves and grew quickly. At about three weeks its horns were quite evident. 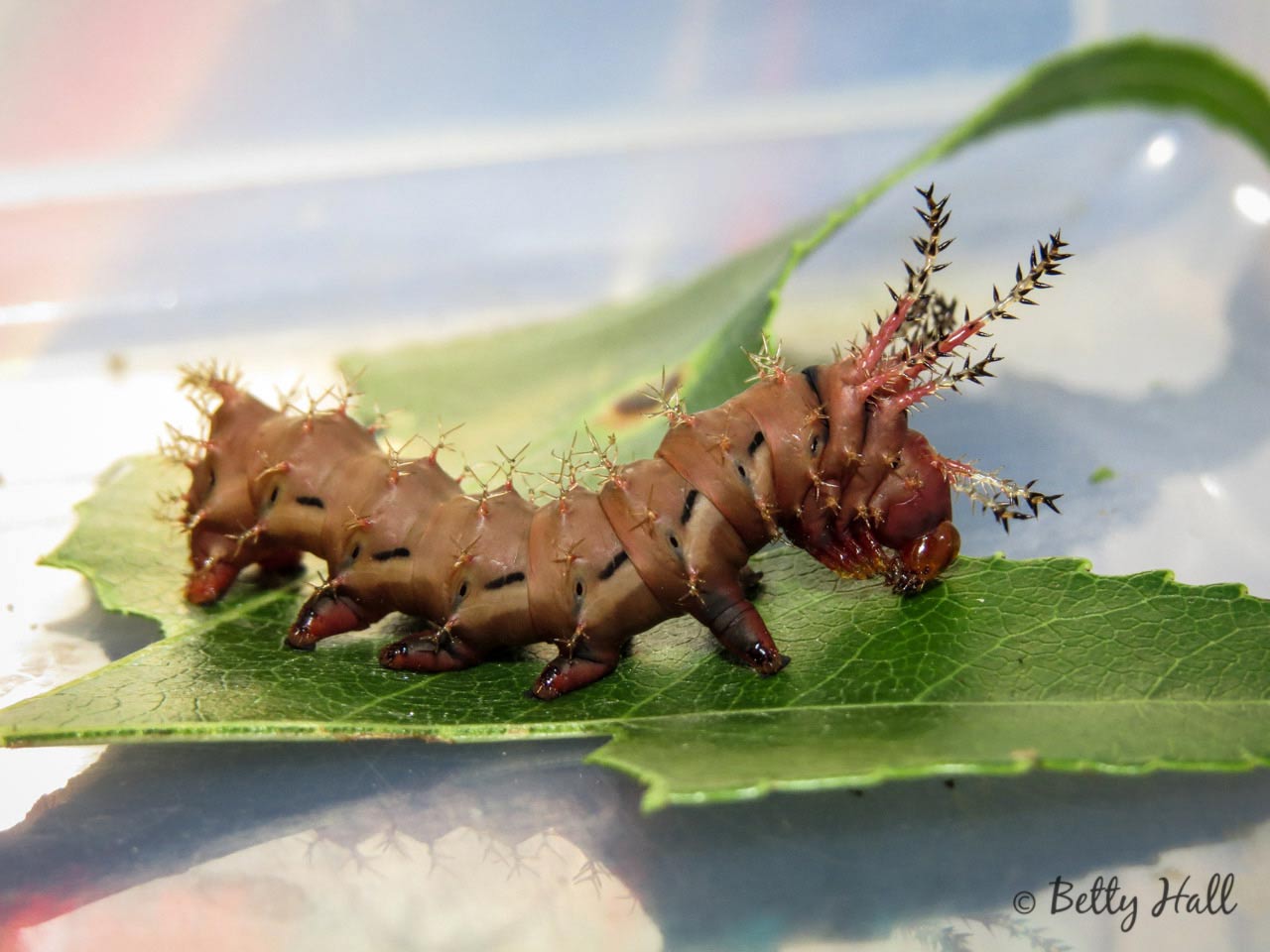 The caterpillar shed its skin four times, getting larger each time. After a month, it molted a final time. It was 5.5 inches long and became bright green. At this point, the horns were especially prominent. Although they looked ferocious and were somewhat prickly, they were not at all harmful to touch. 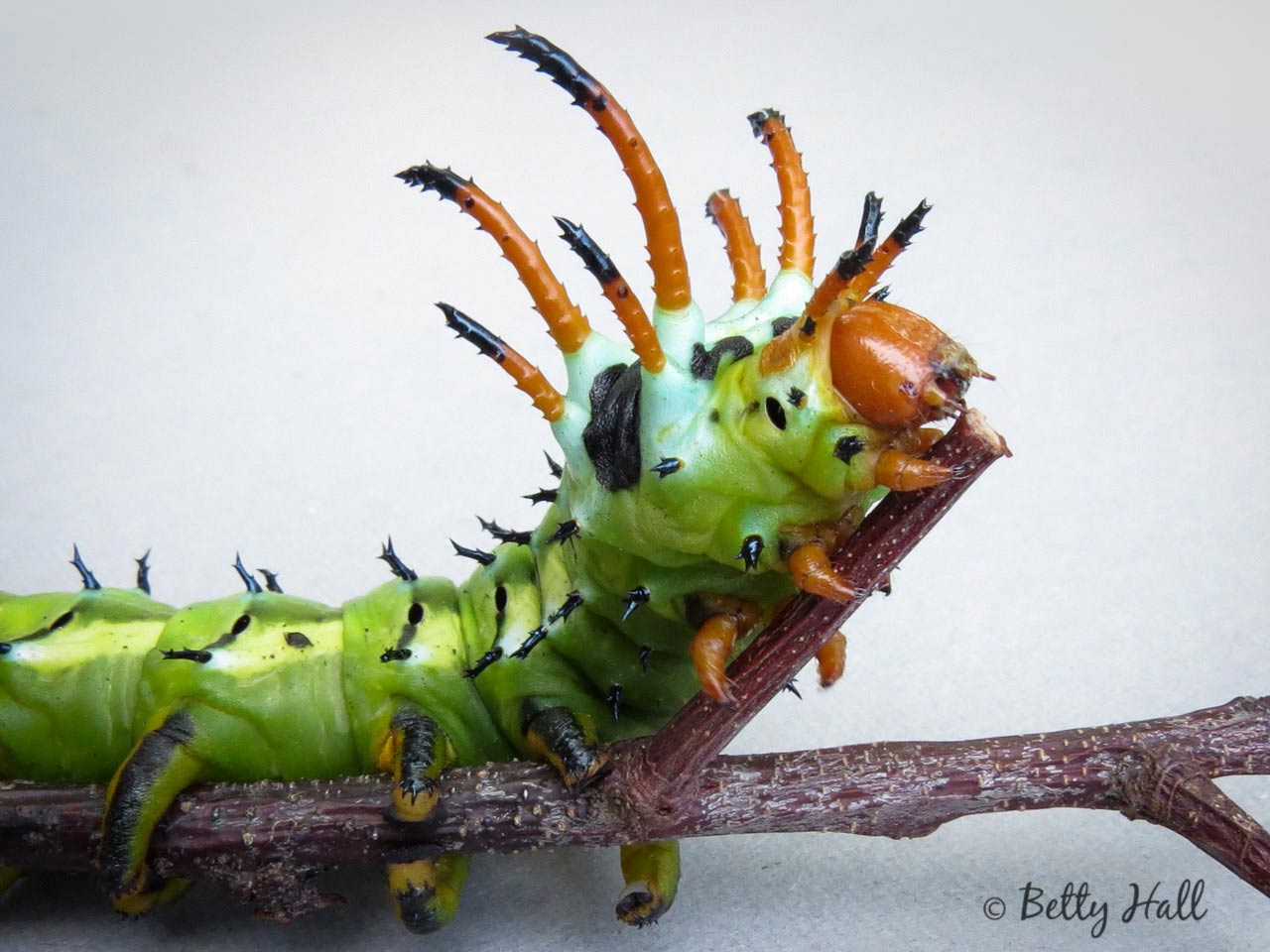 About a week later, it stopped eating, and the skin changed to a turquoise color. 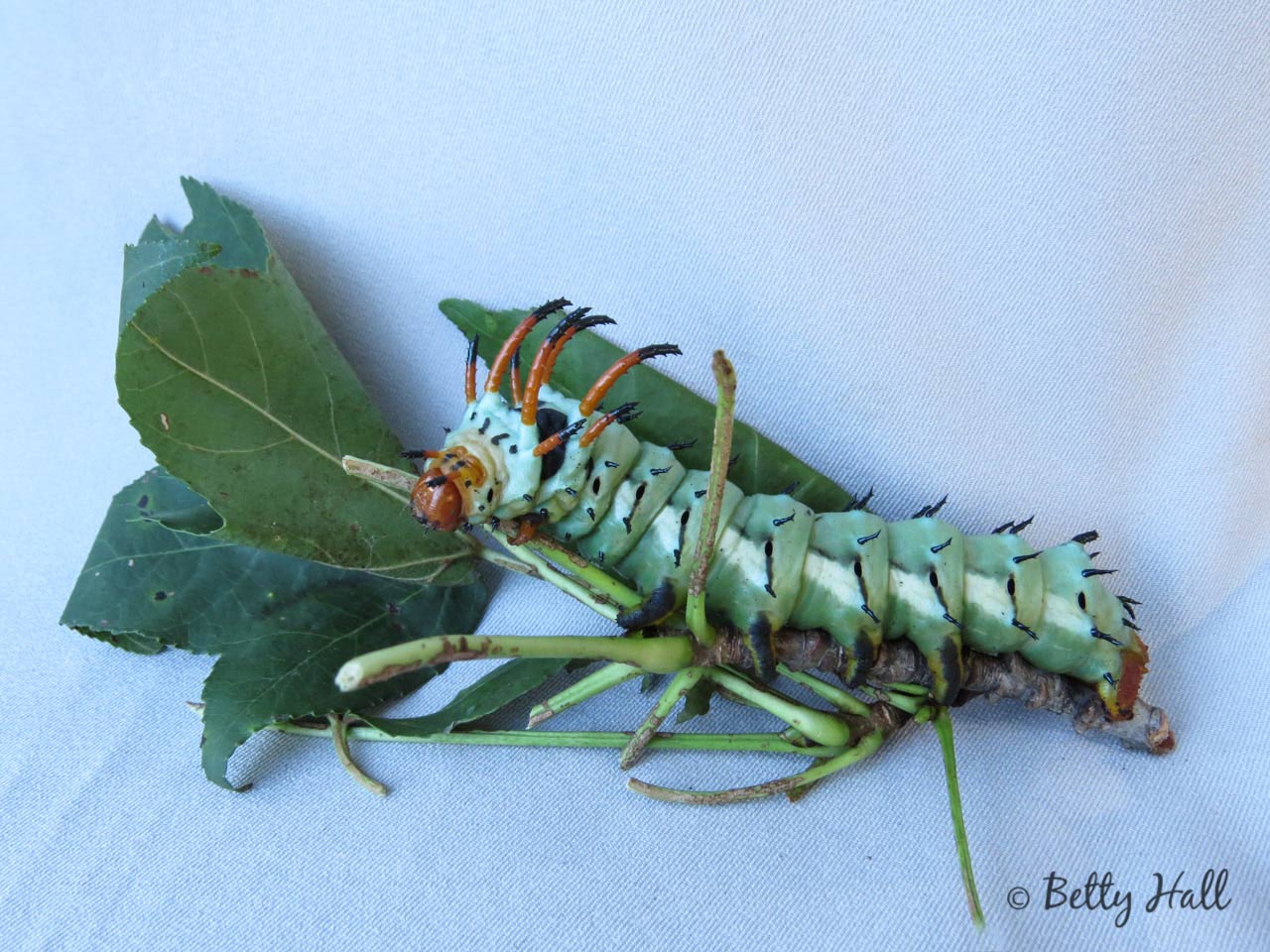 Knowing this caterpillar makes its pupa underground, I prepared a container with six inches of soil. Within a short time, the caterpillar burrowed into the dirt where it will overwinter. 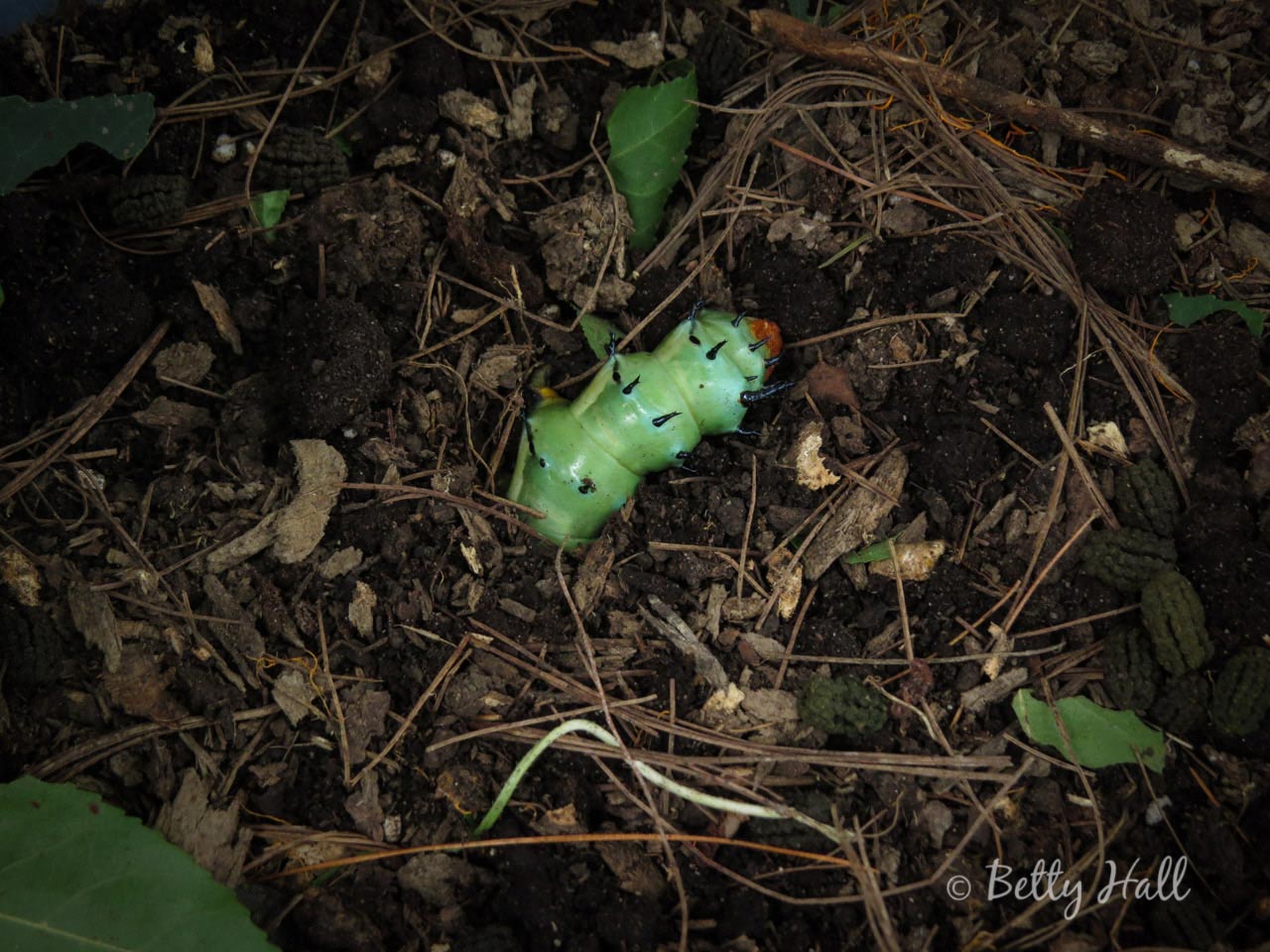 This was my first opportunity to watch a Hickory Horned Devil caterpillar through its life cycle, and it was a special treat. I’m now hoping to see a beautiful Regal moth (photo from Tumblr) emerge next summer.