The black swallowtail caterpillar has changed significantly since last week.  Instead of being dark with a white patch, it now has light green and black stripes with yellow spots.

Yesterday, I noticed the caterpillar was very still and wasn’t eating.  I wondered if it was okay.  Looking closer, I found it was beginning to molt (shed its old skin). 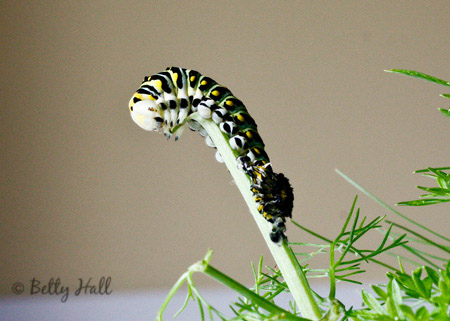 Caterpillars have a tough skin called an exoskeleton.  The skin doesn’t expand, so the caterpillar must shed its old skin to grow bigger.  The black blob in this image is the old skin.  The caterpillar also sheds its face mask, so its face is quite pale at first.  The feet are initially white, but turn black later. 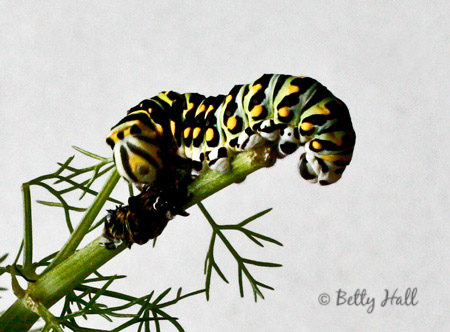 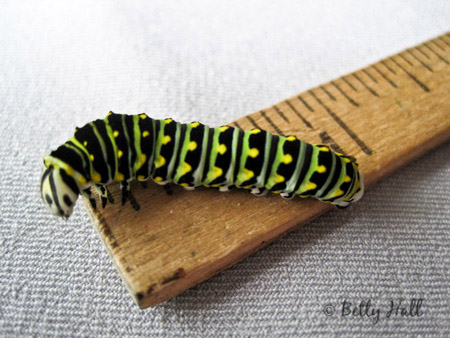 Here’s the caterpillar in its new skin.  14 days after it hatched it is an inch long – 4 times longer than it was a week ago.  Talk about a growth spurt!

One thought on “Caterpillar – day 14”