“Don’t take life too seriously cause it ain’t nohow permanent” is a quote I like from the cartoon possum, Pogo. Creating a few light touches in the backyard helps me guard against being too serious, Three flamingos mysteriously appeared several years ago and I’ve grown rather fond of them. By now they’ve lost their legs but they’ve settled in nicely next to the pot of New Guinea Impatiens in the old wheelbarrow. 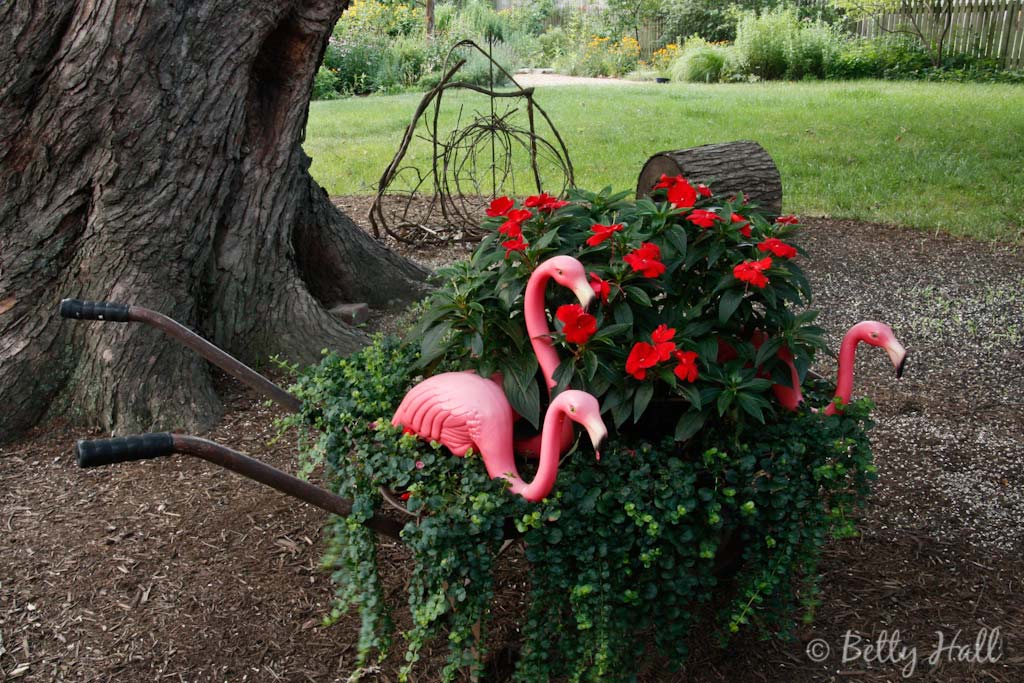 We’ve also managed to accumulate several “critters,” thanks to friends. Toad sits by the pool and says “Ribbit, ribbit” when I walk by or a bird flies in front of him. Lizard, Red Dinosaur, Green Dinosaur, T. Rex, and the two gnomes all tend to “wander” a bit, and the neighbor kids have fun finding them. 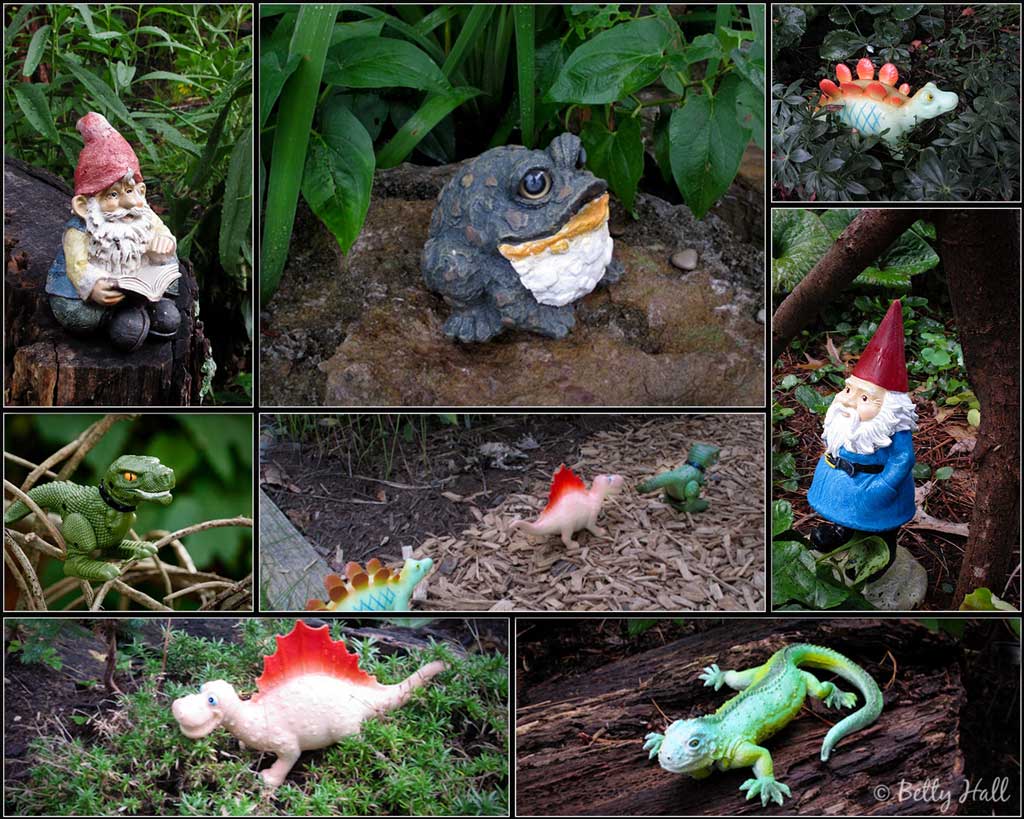 My creative friend Amanda came up with the idea of putting marbles between the fence pickets. They catch the light, add bits of color and sometimes catch reflections like miniature bubbles. 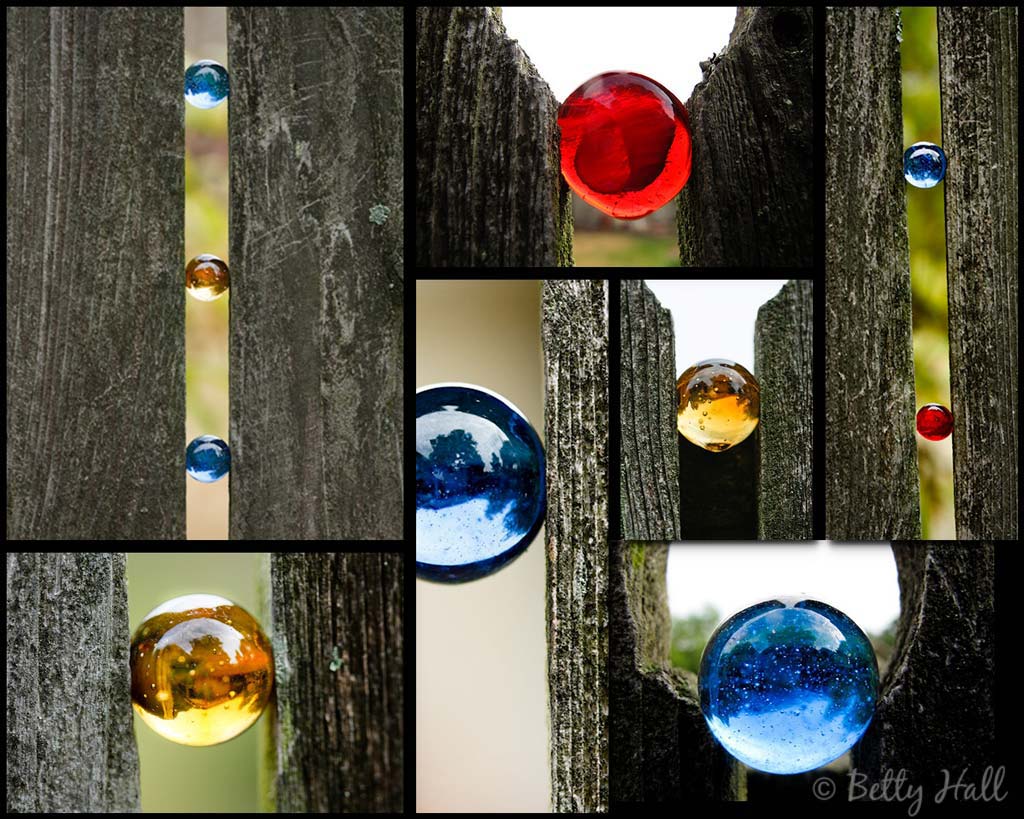 I enjoy the bits of humor, and they seem to add interest for visitors of all ages. What bits of whimsy do you have in your yard?