I’m happy to report that a 4th generation of the 2012 Cecropia moth has arrived. I had an early morning call from my friend, Jannine Baker, who was surprised and delighted to find that her first Cecropia moth had emerged. This moth is the equivalent of the great-grandaughter of the original moth found by my friend, Amanda, in 2012. My thanks to Jannine for sharing her photograph. 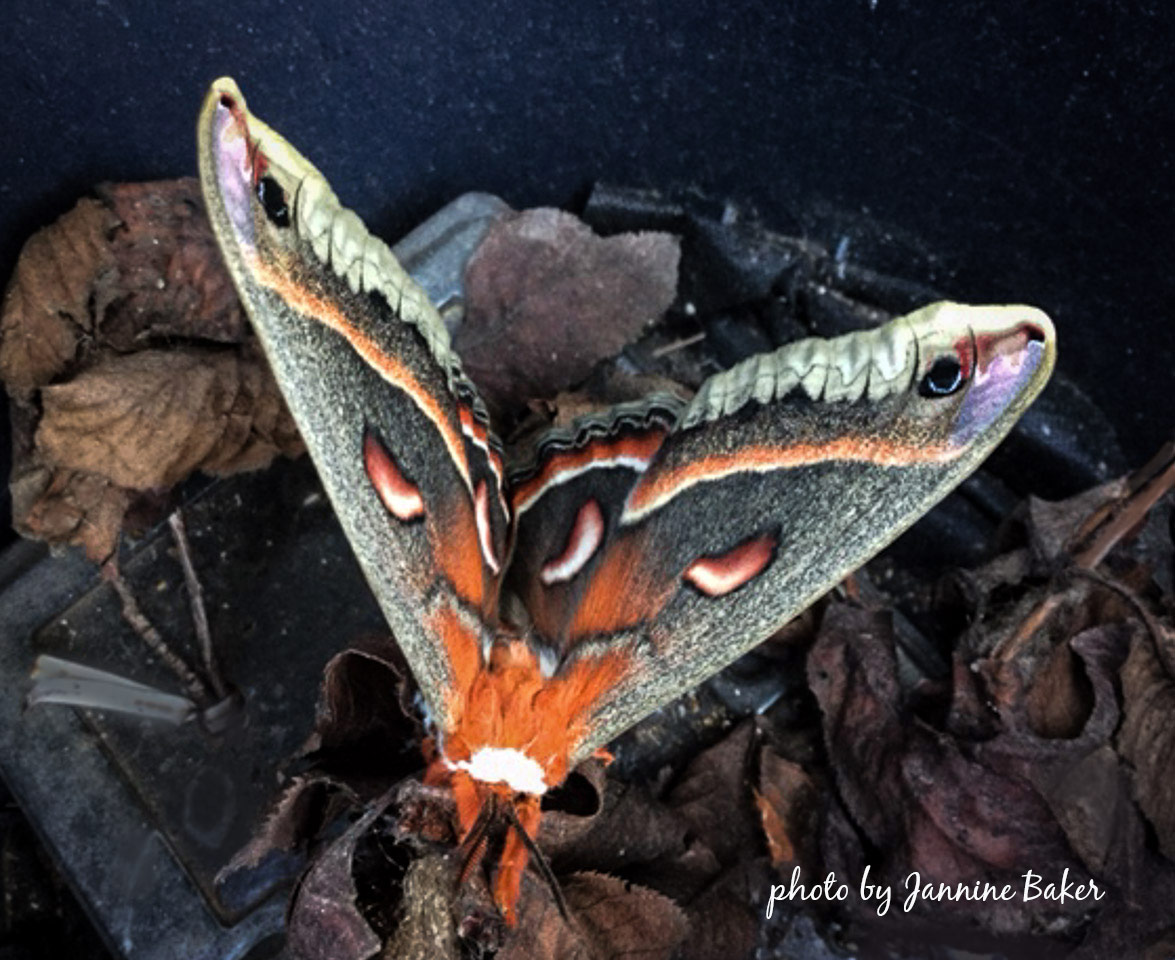 Last year, several folks reported 3rd generation Cecropias emerging from the first week of May through early June. I will be watching my Cecropia cocoons, and encourage others who have cocoons to do the same.